Wess Mitchell (Department of State): “We look forward to the passage of the Offshore Gas Law”

The US hopes that Romania’s parliament will pass a bill regulating offshore oil and gas developments in a move designed to spur investments in this area, said Wess Mitchell, the assistant secretary of state, during a speech in Bucharest.

Mitchell said that the US promotes the diversification of fuel types, routes, and sources, and the interconnectors that link them. 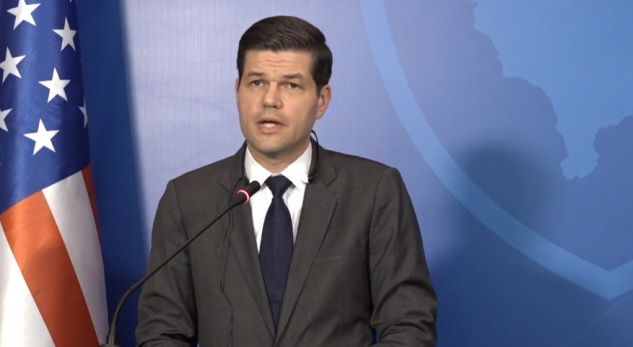 “For this reason, we support intra-European pipelines like the Interconnector Greece-Bulgaria, and the Bulgaria-Romania-Hungary-Austria pipeline.  We stand with the European Union and a plurality of its member states in opposing Nord Stream 2.  And we oppose the multi-line TurkStream pipeline that would give Russia the means to continue its virtual monopoly on gas imports to South Eastern Europe,” said Mitchell.

He went on to say that Romania is a crucial component of Europe’s energy security, adding that the US looks forward to the passage of a law regulating offshore investments in the oil and gas sector.

“Today U.S. companies play a role in the exploration and development of new discoveries onshore and in the Black Sea that have the potential to make Romania a natural gas exporter.  This new sources will strengthen Romania’s economy and advance energy security throughout the region.  We look forward to the passage of the Offshore Gas Law and applaud Romania’s expeditious development of the infrastructure and resources for the BRUA pipeline across its territory,” said the official

US ExxonMobil is jointly doing offshore explorations with OMV Petrom in the Black Sea. The companies have already discovered a significant gas deposit.

All events
News
Uniper in Bailout Talks to Plug $9.4 Billion Hole - Bloomberg
Norway Strike escalation threatens 13% of daily gas exports to Europe
Austrian gas storage will be taken away from Gazprom
Gazprom reduced gas supplies to non-CIS countries by 31% in the 1H2022
Natural gas transit from Russia via Ukraine dropped to a historical minimum – 1.25 bcm in June
Gazprom's stocks collapsed after the decision not to pay dividends, trading had to be stopped
Crude oil production in the USA exceeded 12 million barrels per day for the first time in two years
PGNiG plans to increase the capacity of UGS in Poland to 4 bcm
Spain begins gas re-exports to Morocco via GME pipeline
Ukraine start commercial electricity exchanges with Romania on June 30
World natural gas consumption in 2021 for the first time in history exceeded 4 TCM, - BP
EC to present EU crisis gas demand cut plan in July
G-7 to Tell Ministers to Explore Price Cap on Russian Gas
EU Council adopts new minimum gas storage rules by 80% by November 2022
The European Parliament has passed a bill on mandatory certification of gas storage operators
Germany activated the second phase of its three-stage emergency plan amid a natural gas crisis
More news