In June, the USA exported 5.9 bcm of gas to Europe, which is 2.7% less than in May of this year. The drop in supplies is likely due to the shutdown of one of the largest LNG plants, Freeport LNG in Texas.

France imported the most gas – more than 1.1 bcm, and the increase was only 5%. Spain imported less than 1.1 bcm, which is 27% less than in May. The Netherlands steadily imports more than 800 mcm of gas for the second month in a row.

From the beginning of July, a noticeable decrease in the volume of exports to Europe and a decrease in total exports to the USA is expected. At the same time, according to the operator Freeport LNG, LNG production is planned to resume only in October this year, and the production trains will reach full capacity only by the end of the year. 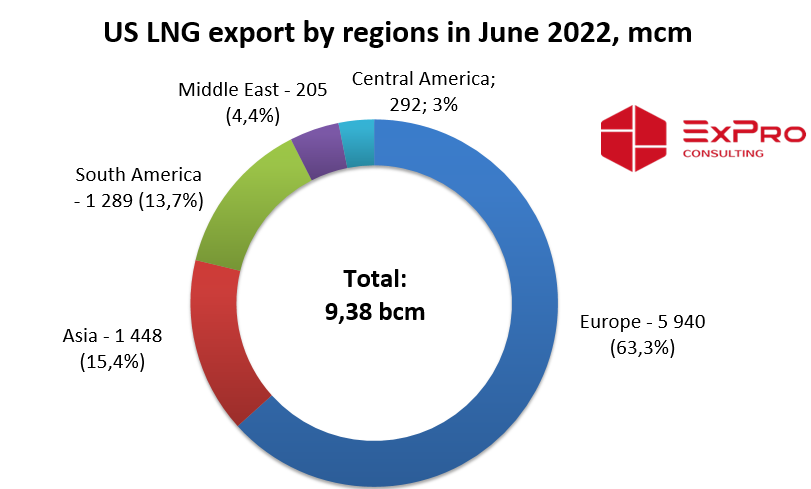