American LNG supplies to Europe increased in December 2021 by 60,5%, up to 4,7 bcm, 21% (800 mcm) more than were delivered to Asia. Such an increase in the U.S. supplies of LNG to the region was due to record high prices in December 2021 in Europe, which surpassed prices in Asian markers. Gross USA LNG export increased by 24% from 7,7 bcm in November to 9,6 bcm in December.

Three European countries imported more than 1 bcm of gas each. The largest increase in imports, almost by 6 times, was demonstrated by the UK, as having surged from 190 mcm up to 1.1 bcm. Turkey`s LNG imports even exceeded deliveries to the UK, but in percentage, supplies rose by only 23% to 1,1 bcm. Spain closes the top 3 importers in Europe with supplies of more than 1 billion cubic meters.

Supplies also increased to a number of other European countries. Deliveries to the Netherlands increased almost 3 times, up to 550 mcm. Supplies to Greece increased above 2.5 times, up to 270 mcm. 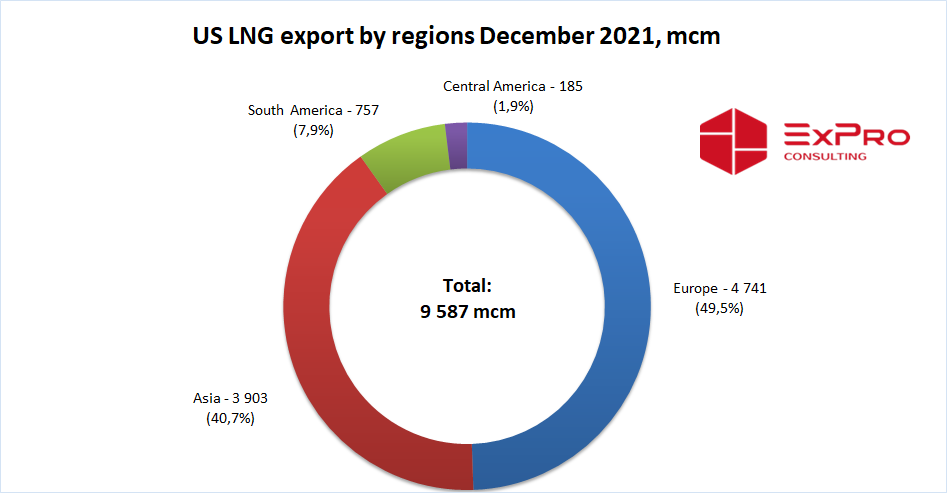