Redcliffe Partners: Investors are waiting for the first success stories of the Ukrainian PSA projects

For some 15 years, Ukraine has been attempting to involve major international investors in petroleum production through the mechanism of production sharing agreements (PSAs). On 5 July 2019, the Government announced the winners of nine PSA tenders, and the PSAs are expected to be signed this year. Negotiations between the State and investors are in progress. Partner and Head of Energy Dmytro Fedoruk, together with lawyer Vlad Zakon, the representatives of Redcliffe Partners, a law firm advising the largest number of winning investors of the PSA tenders, told ExPro Gas&Oil about some peculiarities of the negotiation process.

What relation do you and Redcliffe Partners have to the production sharing agreements?

DF: I have advised Vanco International [editor's note: now Van Dyke Energy Company] in connection with the preparation and negotiation of the first-ever PSA in Ukraine regarding a deep-water area, close to the Crimea. I then represented Chevron regarding its PSA project for the development of shale gas reserves within the Oleska block. Redcliffe Partners currently represent many winning investors of the PSA tenders and advised the bidder of the PSA tender for the development of the Dolphin block on the Black Sea shelf, which did not complete.

Therefore, we probably have the largest number of PSA clients amongst Ukrainian law firms. Working with Сhevron in 2013, I contributed to the development of the regulatory framework, and at that time many changes were introduced to the PSA Law and other regulations. VZ: Now we are also actively engaged in the process of improving the legislation. We are members of many working groups, and hold discussions on the platforms of the U.S.-Ukraine Business Council (USUBC), American Chamber of Commerce (ACC), etc.

How do you evaluate the PSA mechanism in general? Can it be efficient for Ukraine?

VZ: Large projects require investors having access to technologies and significant resources. Again, such investors demand high project stability and solid guarantees at the state level, especially in Ukraine with its repeated political disruptions. In these circumstances, the PSA mechanism works much better than special permits for production. It provides a much higher level of investment protection. 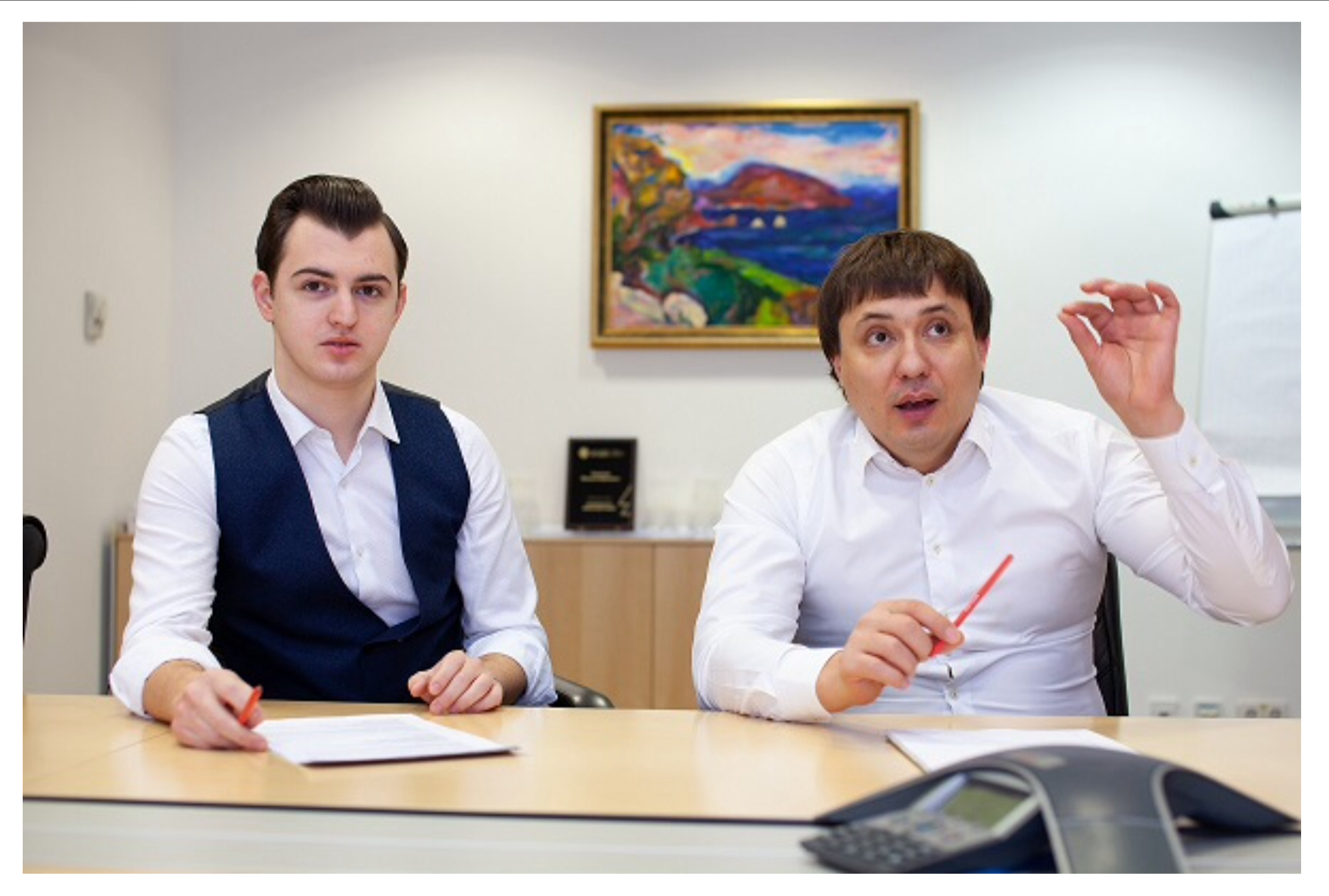 Therefore, it is not surprising that all oil and gas majors, such as Chevron, ExxonMobil, Shell and Eni, which considered the possibility of investing in Ukraine, wanted to co-operate on the PSA terms.

The first PSA projects have never been implemented. Why?

DF: For a number of reasons. Politics interposed in Vanco Prykerchenska case [editor's note: subsidiary of Vanco International]. Yet we know that Vanco was an actual investor, it intended to work and reserved a drilling platform in advance (which is not easy, and takes a long period to arrange), as it anticipated the agreement's execution.

VZ: Chevron withdrew from the PSA for the development of the Oleska block following the political events in 2013-2014. But there was another equally important reason – its suspension of activities in Central and Eastern Europe. In 2014-2015, Chevron withdrew from similar shale gas projects (which it was planning to develop) in this region. ENI and Electricite de France withdrew from the project because of the annexation of Crimea, close to which a shelf area provided under the PSA was located. ExxonMobil exited due to the same reason, though there was another that the Government and ExxonMobil failed in their efforts to agree on the essential terms of the agreement, in particular its governing law.

But these initial unimplemented projects probably had beneficial effects as well?

DF: Of course. A lot of work had been done during their preparation. For instance, Chevron insisted on the condition for giving effect to the agreement through the introduction of changes to secondary legislation, in particular, at the level of the National Bank's instructions, etc. Much had been done at that time. The case with Chevron is quite interesting, as previously there were no precedents for shale gas production in Ukraine, and, accordingly, no relevant legislation. Due to Chevron's initiative, special features of the development from unconventional reservoirs were captured in the regulatory framework. Therefore, those unimplemented projects will help to put those in the latest round into effect.

Is it possible to evaluate the terms of existing PSAs offered to investors?

VZ: As regards the share in produced petroleum and volume of investment, the State sets the minimum requirements, and investors make their improved proposals. There are basically no questions with regard to this issue: the mechanics is clear and contains a certain economic model which is understandable for business.

How are the negotiations with tender winners proceeding now? Are there any peculiarities?

DF: Great positive changes compared with the previous system of work in the course of approving agreements include the involvement of a legal adviser to the State. Previously, each ministry and state agency submitted their comments that sometimes were inconsistent, but now professional lawyers consolidate and summarise all preferences, prepare mark-up agreements and send them to investors. This accelerates the process.

What do you think should be done to attract more investors, namely foreign?

DF: Today everyone is expecting completion of pilot projects. When the first success stories appear, this will be a call for others. In general, it would be advisable for the Government to hire a promoter for advancing large-scale projects – a Westerner, who has worked for western companies and can be trusted by investors. It makes sense to apply this approach, which is similar to investment advisers on the privatisation process, to PSAs.

When do you think agreements can be signed, or at least some of them?

DF: Approval of such agreements is a complex, lengthy process. The amendments can be exchanged in several stages. For Vanco and Chevron, the negotiating process lasted for a year and a half.

What is your attitude towards the state-owned companies participating in the PSA tenders?

VZ: Generally, there is nothing wrong with that. Of course, the PSA is a mechanism for attracting primarily private investment, mainly from abroad. However, the PSA can integrate both private investment and technologies and the involvement of a state-owned company. The PSA projects in Azerbaijan work under a similar mechanism. A part of the project is initially assigned to a state-owned corporation. There is an option by analogy with the Oleska and Yuzivska blocks, which were put out to tender under the so-called carry-scheme, specifically the state-owned NJSC Nadra Ukrayny received a share in the project without the obligation to invest within the first five years.

In your opinion, what is the future of the Dolphin block?

DF: We hope it will once again be put out to tender. This is an ideal project for medium-sized companies. Big companies, at least six major ones, are unlikely to run the political risk associated with the Dolphin block.

Are the projects for the development of the Oleska and Yuzivska blocks viable for re-investments?

DF: Absolutely. Both can be restarted, though by different approaches. The Yuzivska PSA is effective, and Shell has just transferred its rights to another investor. As for the Oleska block, the situation is somewhat different in legal terms, but it adds up to the same thing. The key point is the investor's desire to carry out the project. The project is attractive, the block is massive in terms of size and reserves, and it is not mandatory to deal with shale gas only, as was first planned. Its geology is more complicated than in the Yuzivska block. However, the project is still attractive.

VZ: We believe that Ukraine has a chance to have major strategic investors involved in these projects. They just need to be properly presented to the target audience of investors. There are several new legislative initiatives in place to change the PSA Law.

Which of them have been already approved and what else is required?

VZ: Amongst the important changes are the exclusion of the requirement to approve the PSA with local authorities, and the elimination of inaccuracy of wording in the law, which provided for the environmental impact assessment of the draft PSA. Regarding the PSA operations, this requirement remains. All these changes will significantly facilitate the work of investors. In addition, a very important change to the procedural law, which excludes a possibility of blocking tenders in court, has been recently adopted. On the other hand, this change has not yet been tested by the courts.

We have repeatedly heard of an initiative for developing a model PSA. What is your view on this?

DF: A model PSA can deter a reputable investor. For example, when Chevron entered Ukraine, it stated that it would in no case agree to work under a model agreement. Such investors want to work under flexible conditions rather than to agree to conditions being imposed on them. It is always difficult for Ukrainian officials to change something and take responsibility. If they had available model PSA, they would hardly agree to deviate from the template. This stance is clearly in evidence in other spheres, such as privatisation tenders.